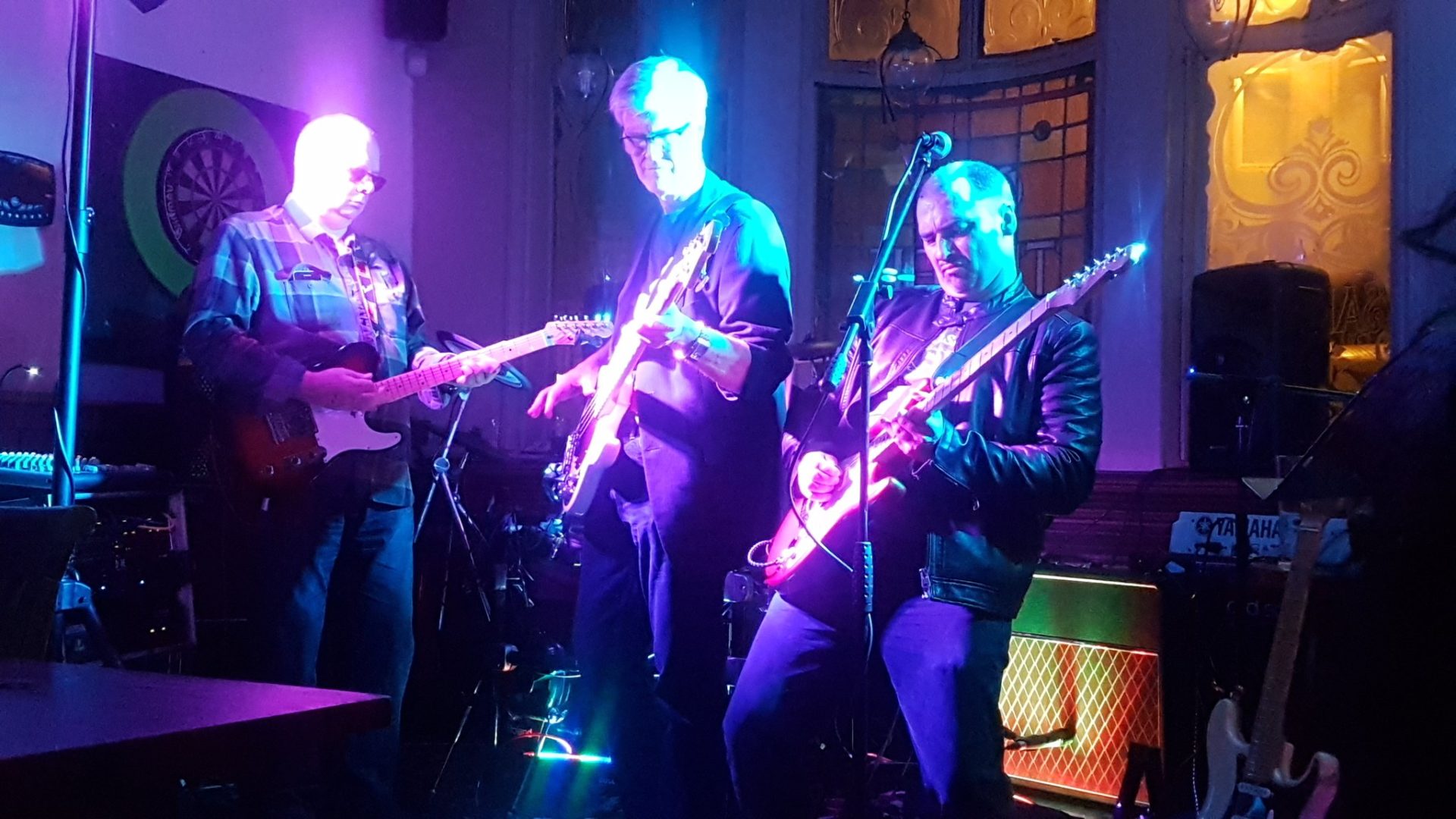 Cold Shot Blues Rock (abbreviated to CSBR) is a British blues/rock group, formed in 2014 by Steve Turner and Fred Harrison.

Their name comes from the classic Stevie Ray Vaughan single “Cold Shot”, which has influenced many blues bands.

What can you expect from Cold Shot Blues Rock?

You can expect to see a band that wows their audience with a mixture of modern and classic blues rock music using thundering drum beats, roaring bass lines and screaming guitars!